Celebrating a unique steppe in Europe

On September 25, the unique Tarutino steppe hosted the ethno-eco festival “Tarutino steppe” organized by Rewilding Ukraine and its partners Borodino Territorial Community and the Center for Ethnographic, Rural Tourism and Family Recreation “Frumushika-Nova”. The guests of the festival ate deliciously, had fun and got acquainted with the culture and nature of the region. 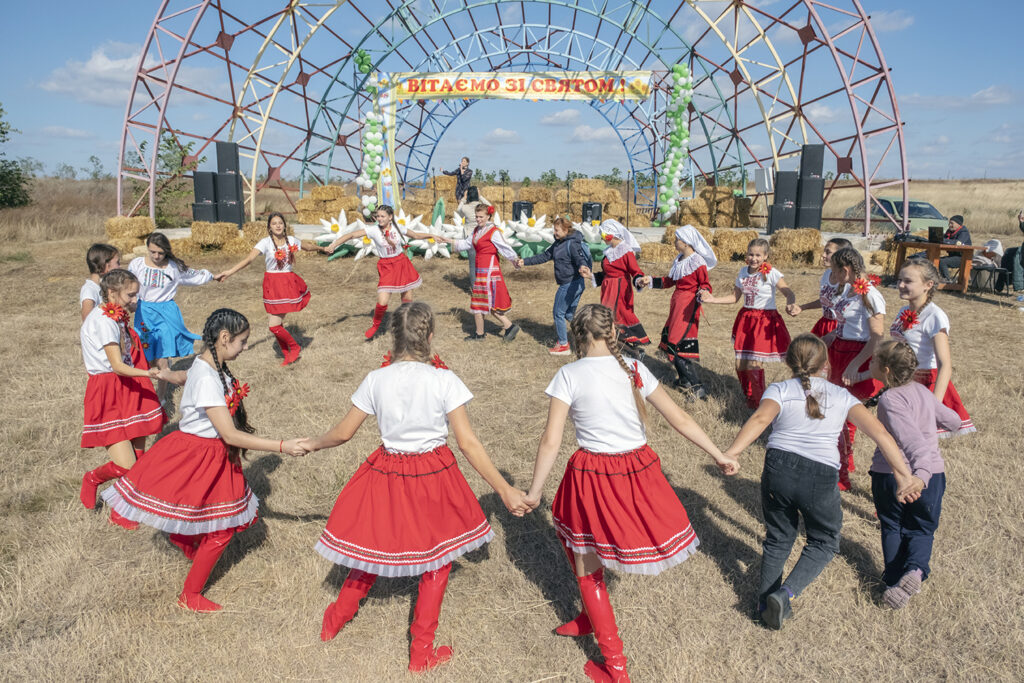 The festival showed all visitors the beauty of the Tarutino steppe. The development of ecological and ethnographic tourism in the region will help to preserve the valuable steppe area and provide economic support to the local community. A round table was held as part of the festival, at which ecologists and authorities discussed the prospects of creating a national park in the Tarutino steppe. 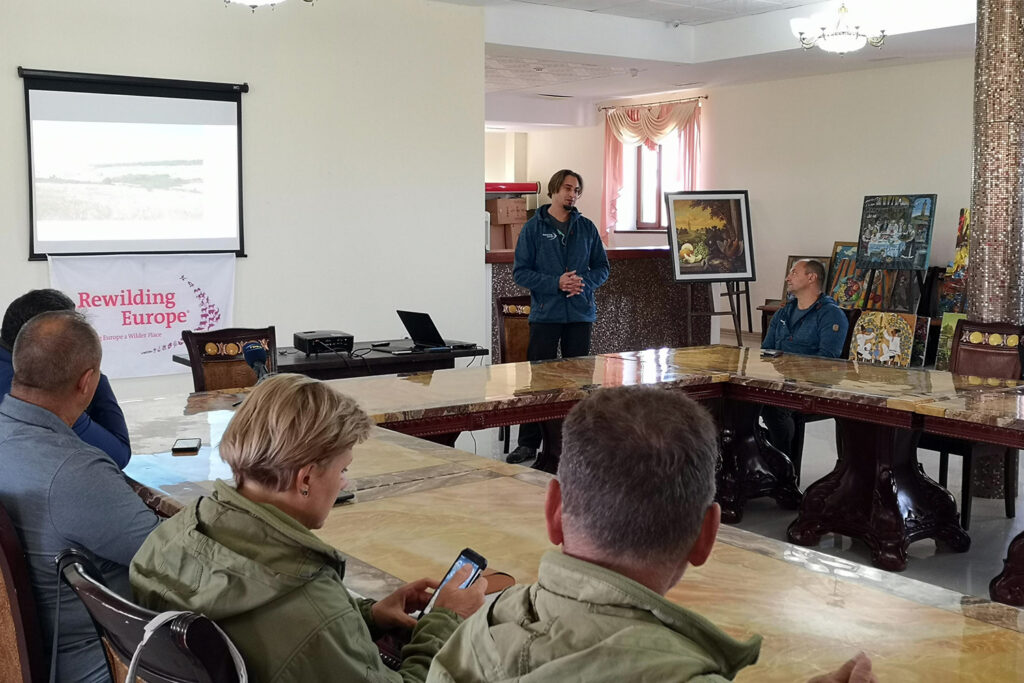 Rewilding provides new economic opportunities through generating livelihoods and income linked to nature’s vitality. “Wild restored natural areas, such as the Tarutino steppe, bring profit to local communities. This provides communities an incentive to preserve them. In everyday buzz, people stop noticing the beauty of nature and appreciate it. Therefore, this festival shows that the nature of the region is picturesque and valuable, and it is interesting to visit the region for its sake and local culture,” said Mykhailo Nesterenko, Executive Director of Rewilding Ukraine. 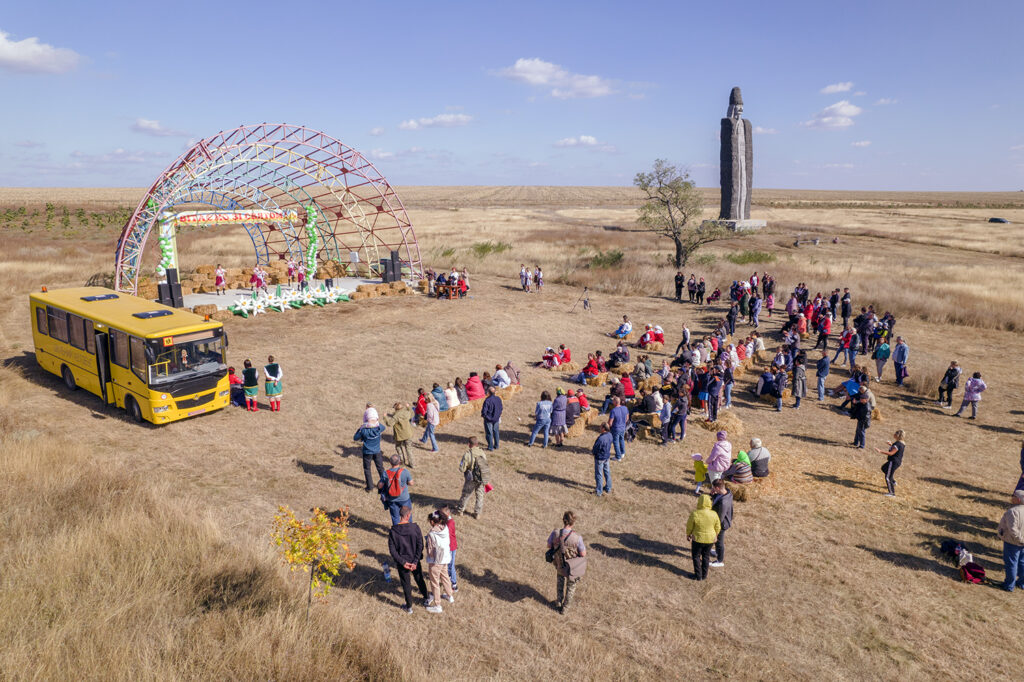 The festival opened with a festive gala concert of songs and dances of Bulgarian, Moldavian, Ukrainian and other peoples inhabiting Bessarabia. The audience sang together with the bands, led round dances and simply enjoyed the energetic performances by a multinational Borodino community. After the concert, everyone went to the open-air museum, where traditionally attired groups were already waiting in the courtyards of the estates of different peoples of the region, presenting the guests with their national culture as well as traditional dishes and drinks. 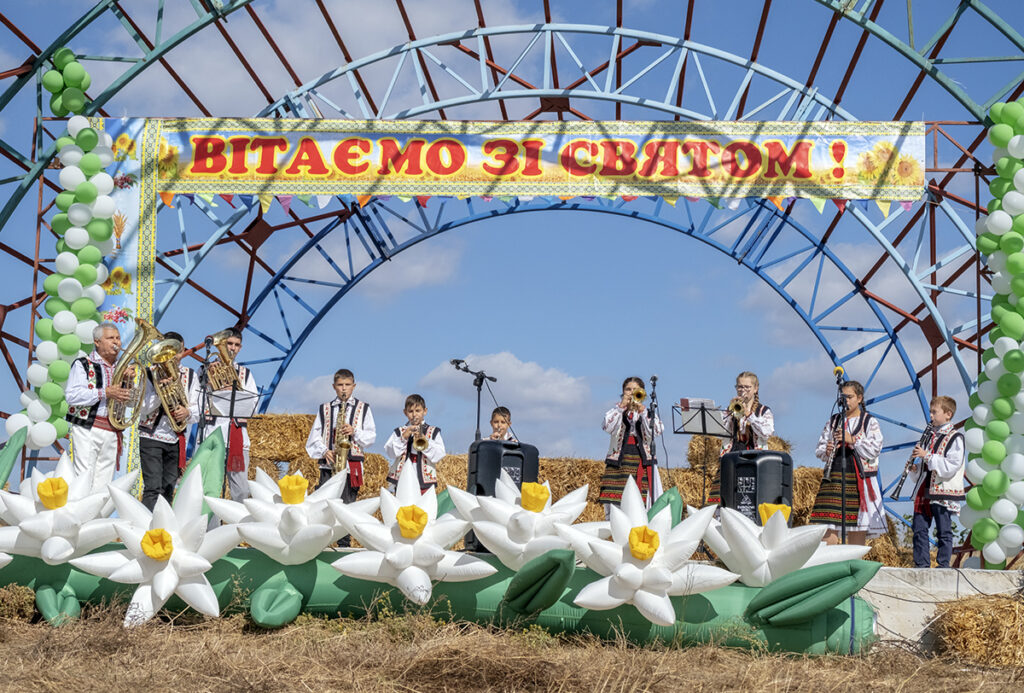 Acting in context is one of the Rewilding Principles and aims to embrace the role of people, and their cultural and economic connections to the land. 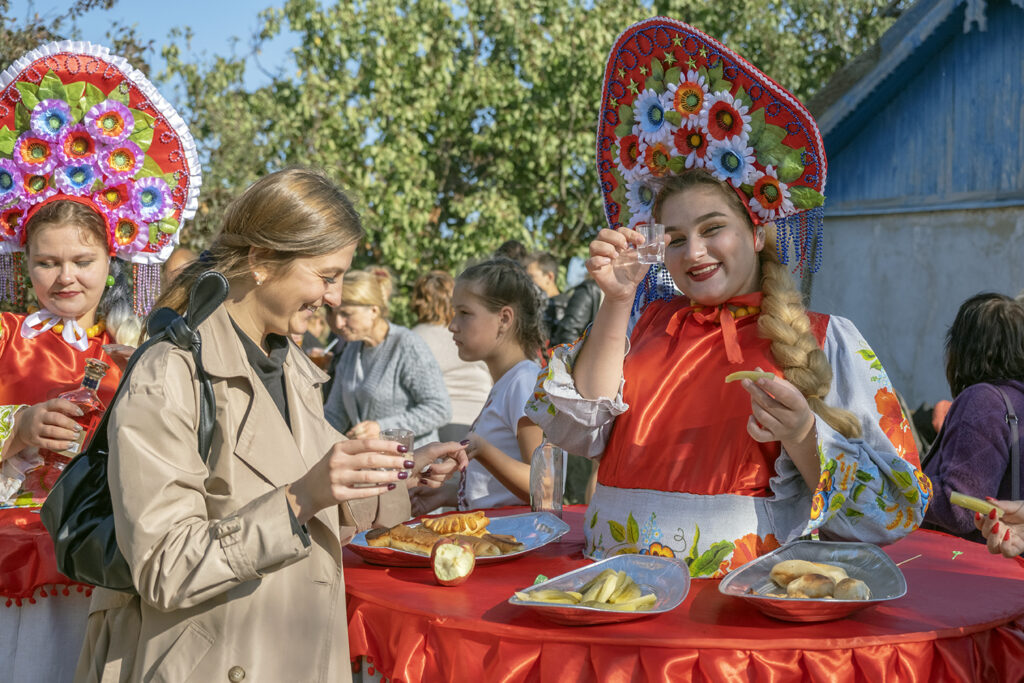 The spectacular photo exhibition “United 4 Danube” invited the festival visitors for a travel along the Danube, introducing them to various ecosystems from floodplains to steppes, and various wildlife, the Rewilding team together with local partners is seeking to return to the region. Among them are water buffalo, wild horses, red deer, owl, as well as kulan, European fallow deer and marmot, which visitors had the chance to see during excursions to the steppe as part of the festival. The photo exhibition is mobile and in the future will visit other locations in the Ukrainian Danube region, as well as Romania and the Republic of Moldova. 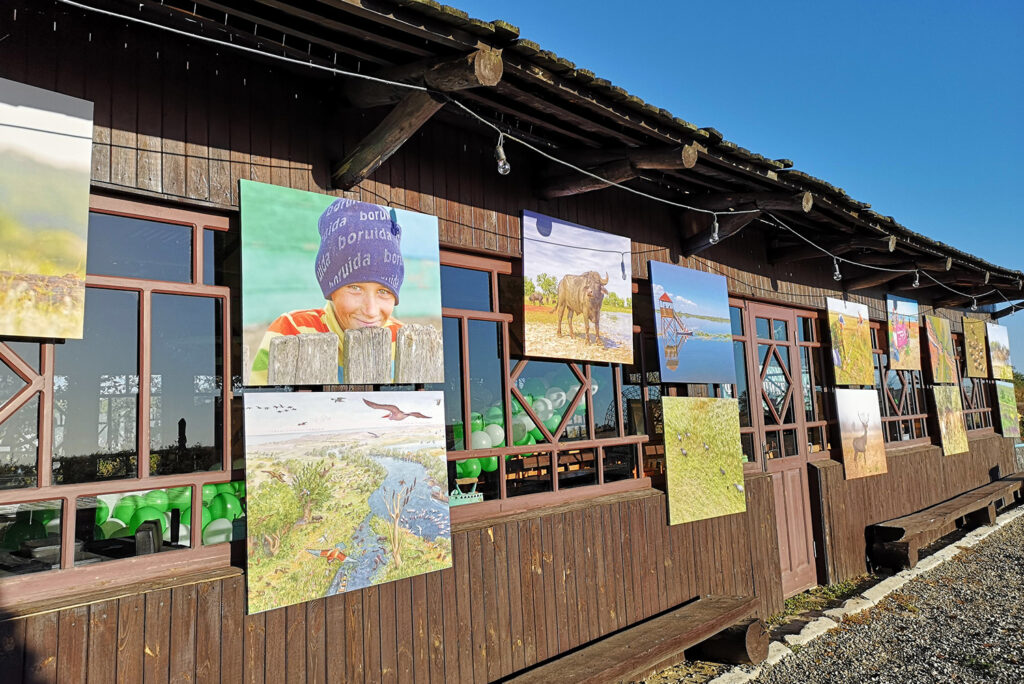 “We tried to prepare various activities for the guests of the festival for every taste. Some wanted to eat deliciously and have fun, some wanted to learn something new and get positive emotions from communication with nature, for some the most interesting were the culture and customs of the peoples of Bessarabia. We also invited animators who entertained all children, from babies to teenagers, with soap bubbles, aqua make-up and fun contests,” says festival coordinator Kateryna Kurakina, communications officer of Rewilding Ukraine. 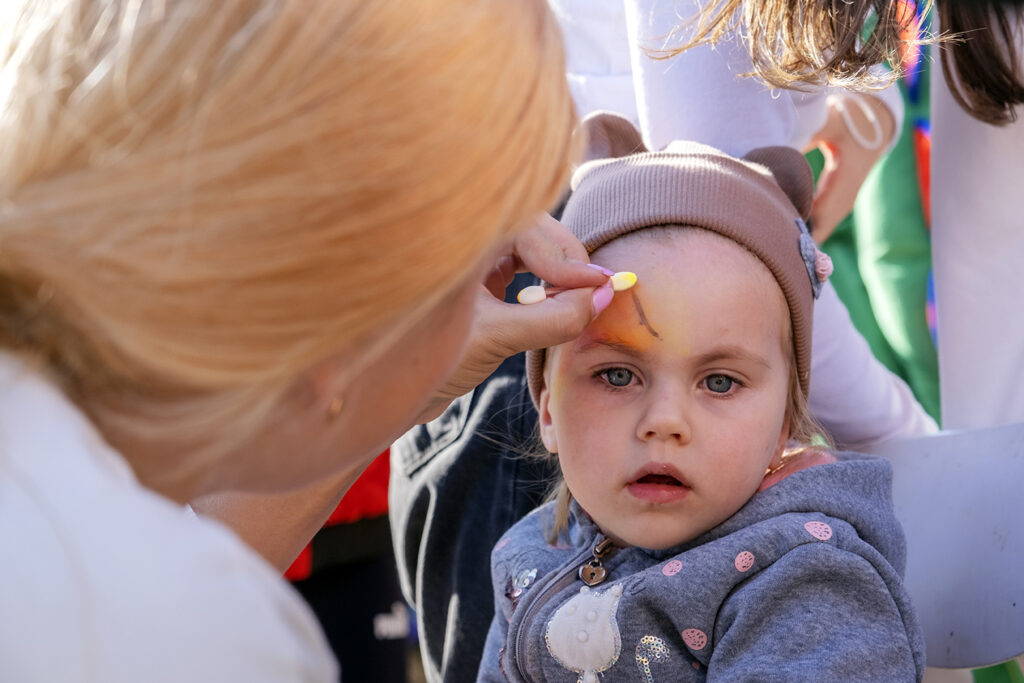 The festival was hosted by the Center of Ethnographic, Rural Tourism and Family Recreation “Frumushika-Nova”. Its construction started by Alexander Palariev more than 15 years ago on the former site of the Moldavian villages Frumushika-Nova and Roshiya, which were evicted in the spring of 1946 when the military training ground was created in this area. The tourist complex offered the festival guests not only traditional dishes of local cuisine in the Inn, but also the possibility to visit various museums and interesting places: open-air museum with estates of different nationalities of Bessarabia, park-museum of socialist realism, park-museum of sculptures “History of Bessarabia” and others. People could also buy local wines, honey, cheese and other delicacies by Frumushika-Nova. 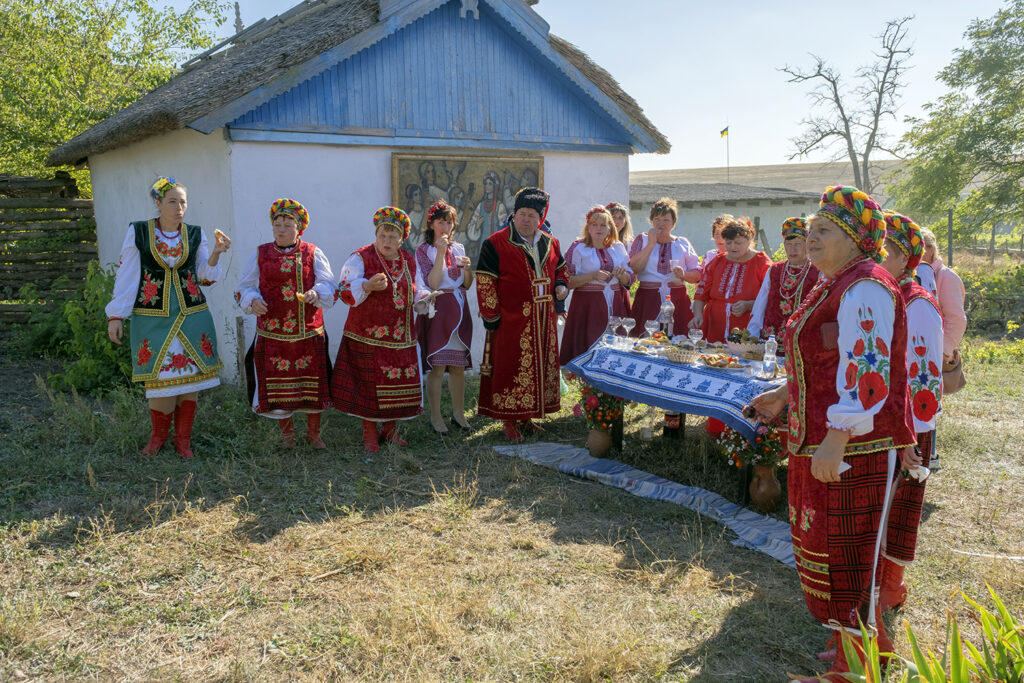 The ethno-eco festival ended with a concert by an incendiary song duo from the Republic of Moldova – Irina and Serhiy Kovalsky – Lume band, who energized the audience to sing and dance with them by performing people’s favorite songs. 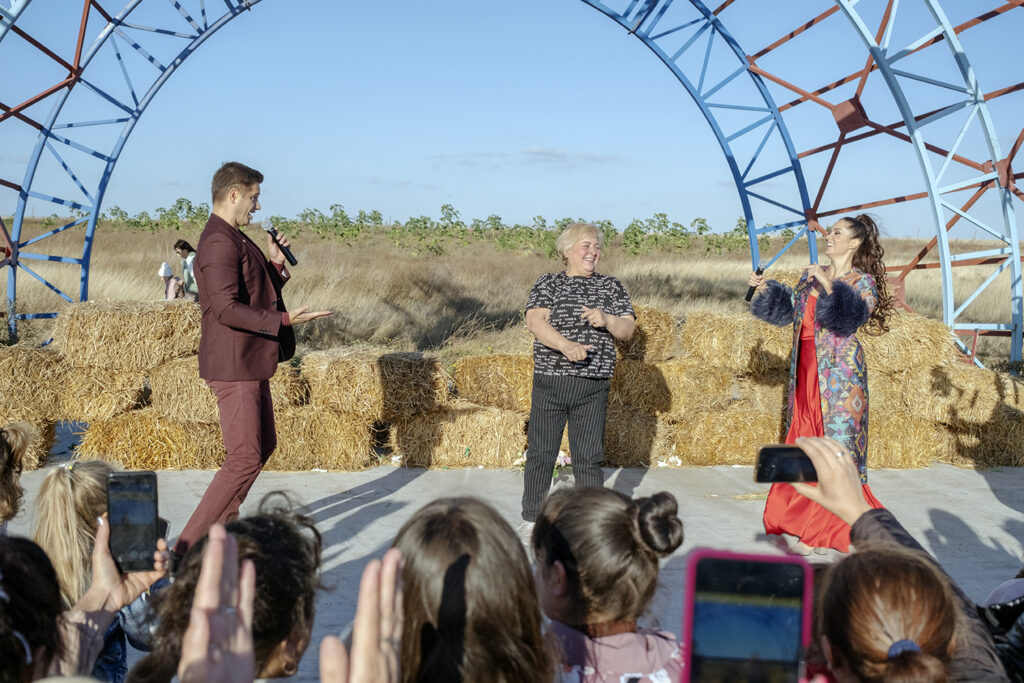 Tarutino steppe ethno-eco fest is the second of such events planned within the project “Restoring the Danube Delta, Europe’s largest wetland”, funded by the international program “Endangered Landscapes”. The first festival was held in Moldova on the shores of Lake Beleu in 2019. Two more festivals are planned for the next two years in Ukraine and Romania. In addition, a number of other measures for the development and promotion of ecotourism are planned in the Tarutino steppe. 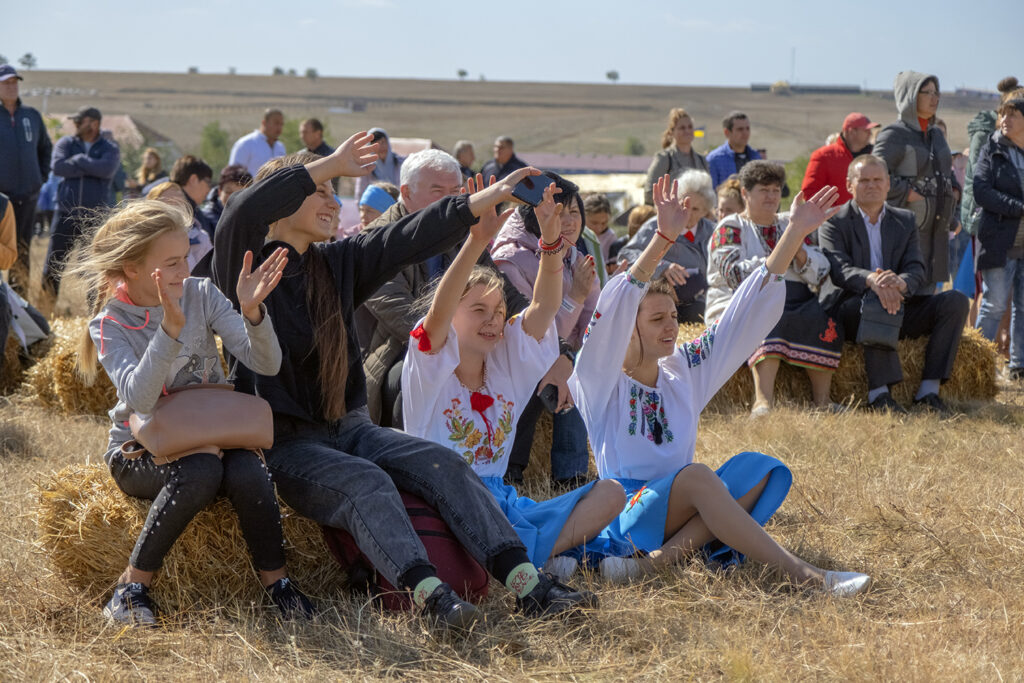 “The festival is over, but the unique steppe has remained in place and is waiting for visitors throughout the year. Here you are always welcome, you can visit the steppe and see the steppe animals, and the local community and the tourist complex “Frumushika-Nova” will offer you delicious local dishes and comfortable accommodation. Visit the Tarutino steppe!” invites Mykhailo Nesterenko.

Tarutino steppe is one of the few steppe landscapes in Europe and Ukraine that has been preserved in its almost original state. It is the second largest steppe area in Ukraine after the Askania-Nova Biosphere Reserve. To preserve the unique steppe landscape, flora and fauna of the steppe a landscape reserve of local significance “Tarutino steppe” was created in 2012 on a territory of about 6000 hectares. In 2019 it was included in the list of objects of the Emerald Network of Europe. 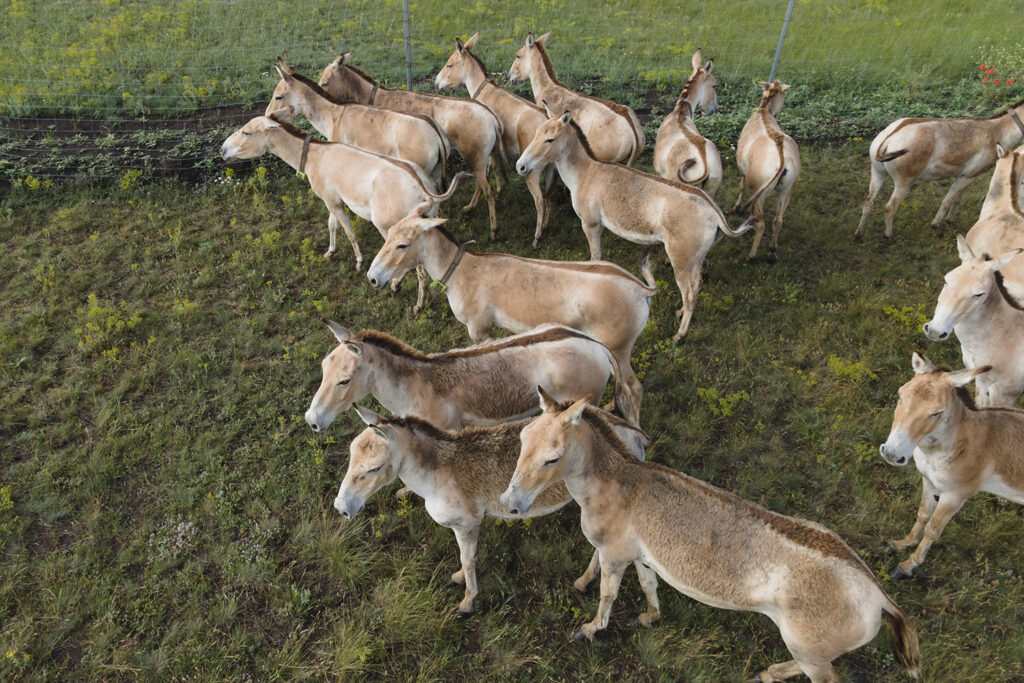 In 2016, about a quarter of the reserve’s lands were illegally plowed. And in 2019, according to the rewilding philosophy, the restoration of these areas began, and also a program of return (reintroduction) of large herbivores that once lived in our steppes and disappeared due to human activities was launched. 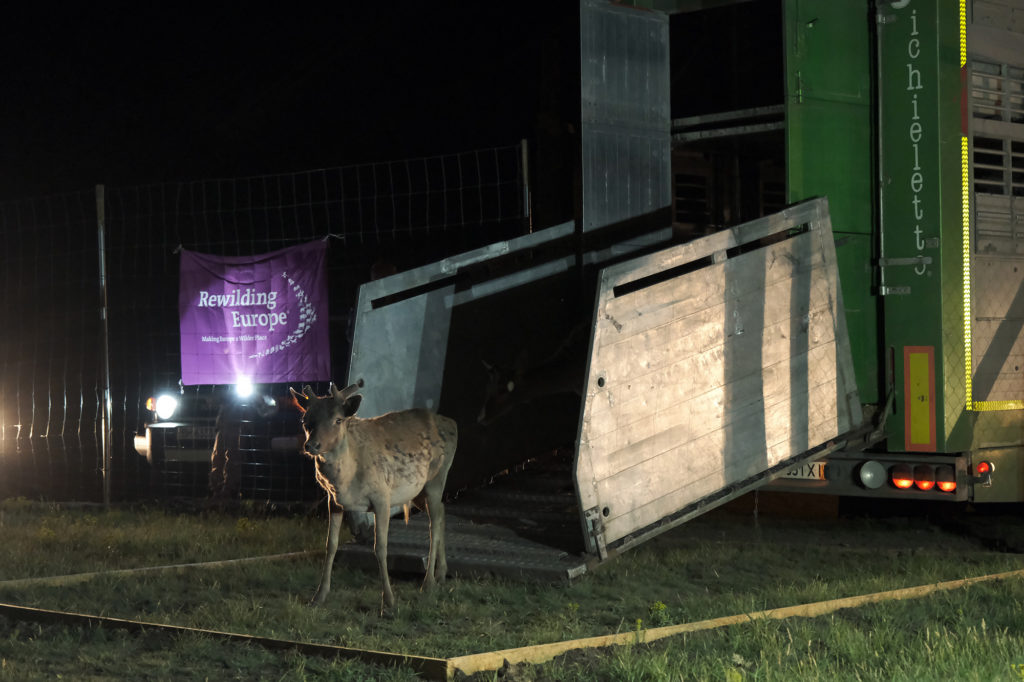