Wild natural landscapes without animals are like beautiful theatres without actors. We aim to reintroduce or restore populations of many wildlife species in the area, including deer, kulan and eagle owl.

Wild natural landscapes without animals are like beautiful theatres without actors. We aim to reintroduce or restore populations of many wildlife species in the area, including deer, kulan and eagle owl. 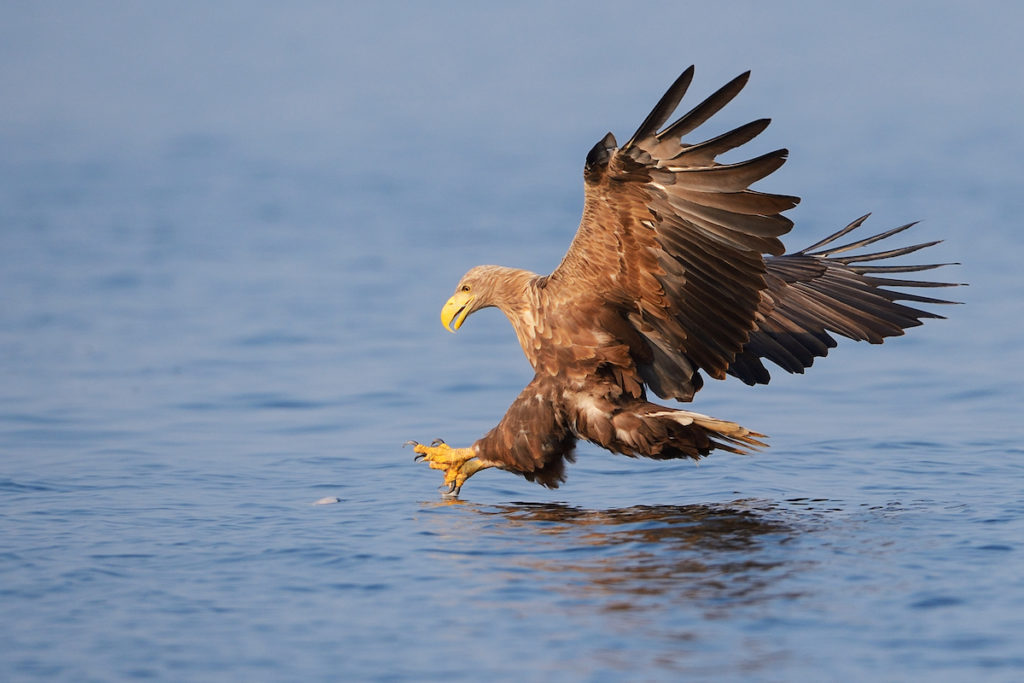 A spectacular comeback has started

Supporting wildlife comeback is a core element of our work. We recognize the critically important ecological role of all wildlife species, regardless of their position in the food chain. As a result of factors such as increased legal protection, reintroduction and population support measures, corridor creation and the mitigation of human-animal conflict, we have seen wildlife – particularly larger animal species – make a comeback across Europe over the last four decades.

Yet this only represents the start of what is possible, and also what is needed. With appropriate measures and an increasing tolerance of native wildlife species by man, such species will continue to increase in population size and range. We create the right conditions for such comeback to happen naturally, but also implement active measures such as reintroduction, population enhancement and species protection. 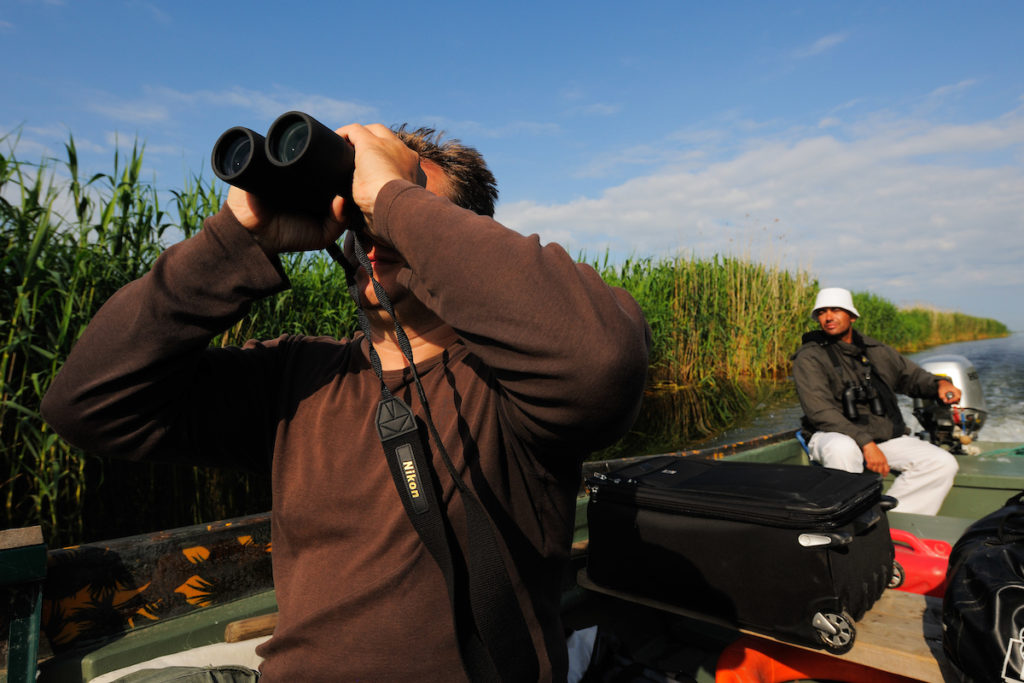 With almost every European habitat still below its ideal state in terms of natural population densities and dynamics, we still face many challenges. Our goal is to develop and support “co-existence” models, where people can also benefit from wildlife comeback, for example through wildlife watching and nature-based tourism. This will grow the acceptance of wildlife coming back and can help reducing human-wildlife conflicts.

Rewilding can create favourable conditions for the spontaneous comeback of wildlife species – this is by far the most important tool for wildlife recovery in our operational areas. This can involve reducing hunting quotas or creating hunting-free areas, combatting poisoning and poaching, mitigating conflict and damage, protecting nesting, denning or breeding sites, and by creating incentives for people to appreciate local wildlife. 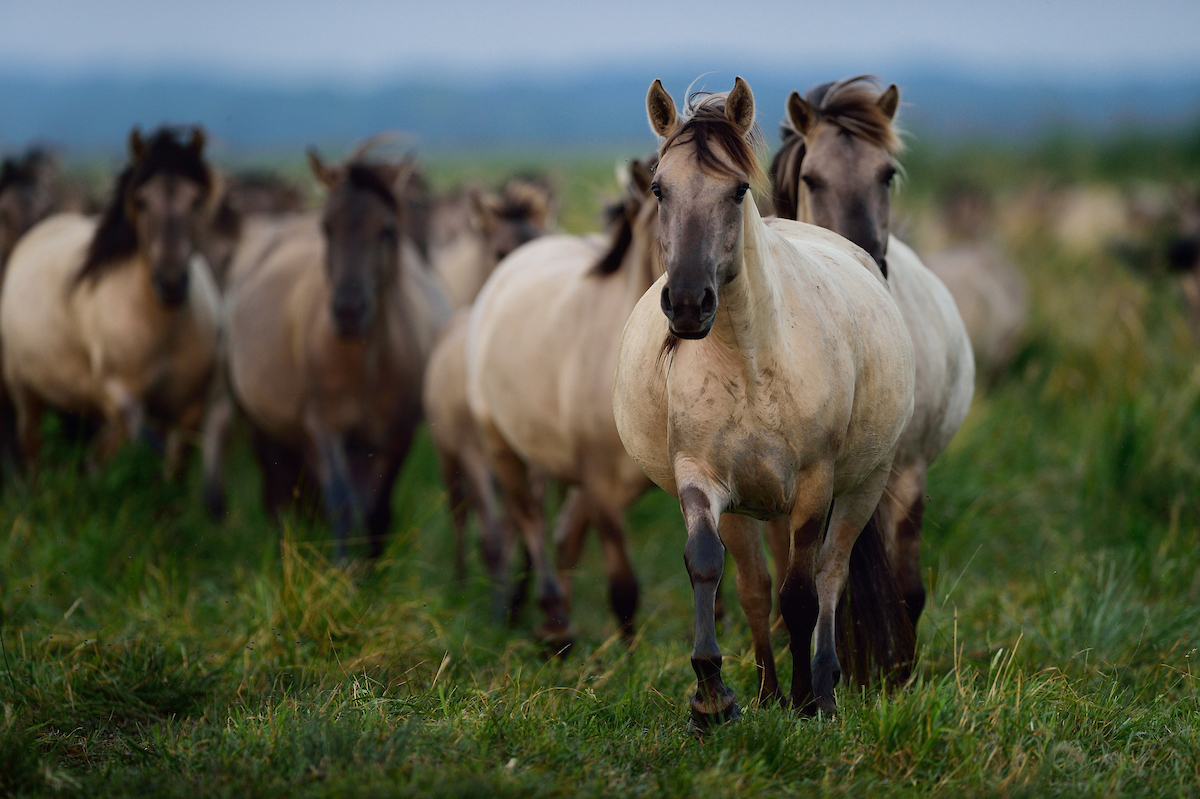 Launched in 2013, the European Wildlife Bank is designed to facilitate the reintroduction and restocking of herbivores to rewilding areas across the continent. It has already proven successful, supplying animals to nearly 20 sites across Europe. The bank itself has prospered, increasing to around 1000 animals over the last four years.

Expansion of natural grazing across rewilding areas and in areas that are part of the European Rewilding Network will be a key priority over the coming years, to safeguard this vital component of European ecosystems. It is important to realize that in all the areas where natural grazing takes place, there is natural predation, in particular by wolves.

Species we are focusing on in the Danube delta 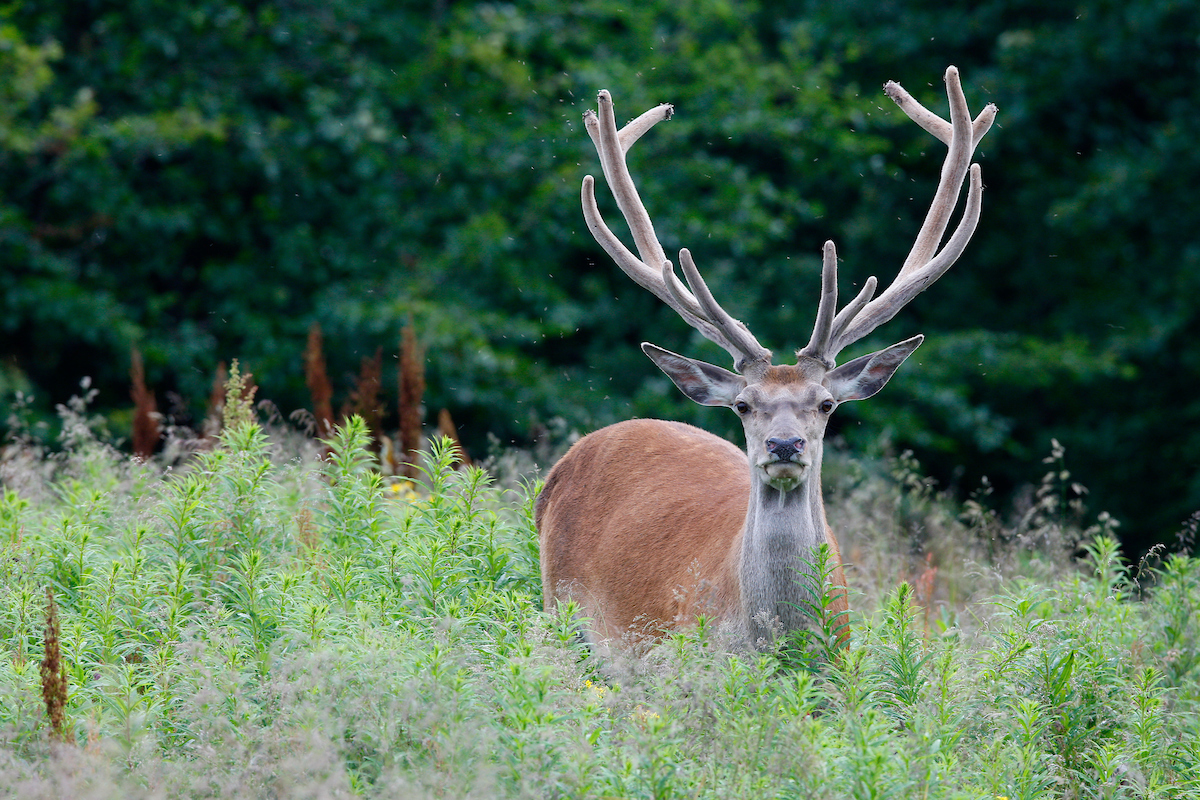 The red deer is one of the largest species of deer in the world, with the Ukrainian and Romanian populations concentrated mainly in hunting areas and national parks. The red deer was once widespread in the region.
The main population constraints are poaching and habitat destruction. Red deer will be reintroduced in Tarutino Steppe and Zhebriyansky Ridge (Ukraine). 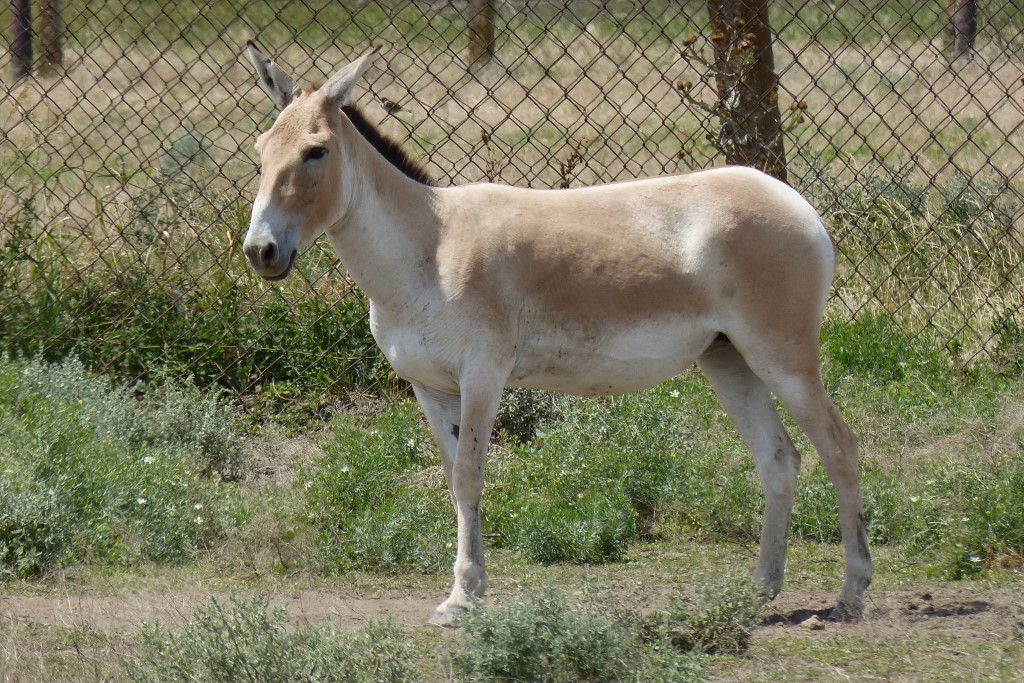 The Asiatic wild ass (or kulan) has common features with both a horse and a donkey. These animals have never been tamed, unlike donkeys. They are very hardy animals, adapted to life in harsh conditions. Wild kulan disappeared in Ukraine about 300 ago, and were later reintroduced to some protected areas. This animal will be reintroduced in the Tarutino Steppe and Zhebriyansky Ridge (Ukraine). 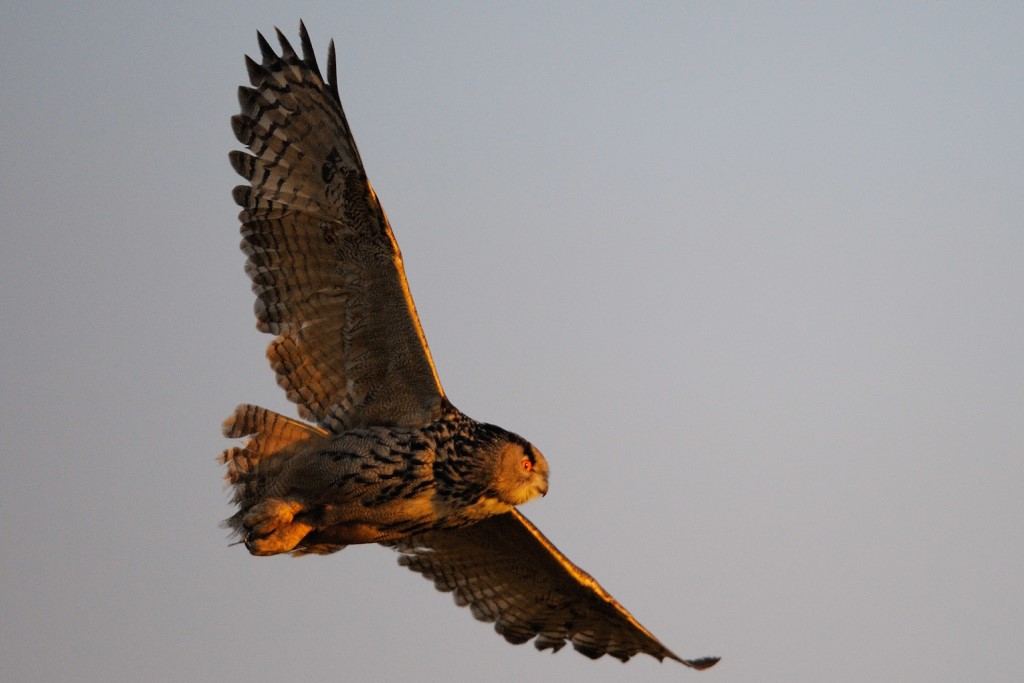 The eagle owl is one of the world’s most impressive owls. This bird used to be a common species, but today is limited mostly to northern Ukraine. The population has been impacted by habitat loss and a deliberate Soviet eradication campaign. The owl will be reintroduced to the Ukrainian Danube Delta to fill in the gap in trophic chains and control rats (which destroy the nests of many birds). 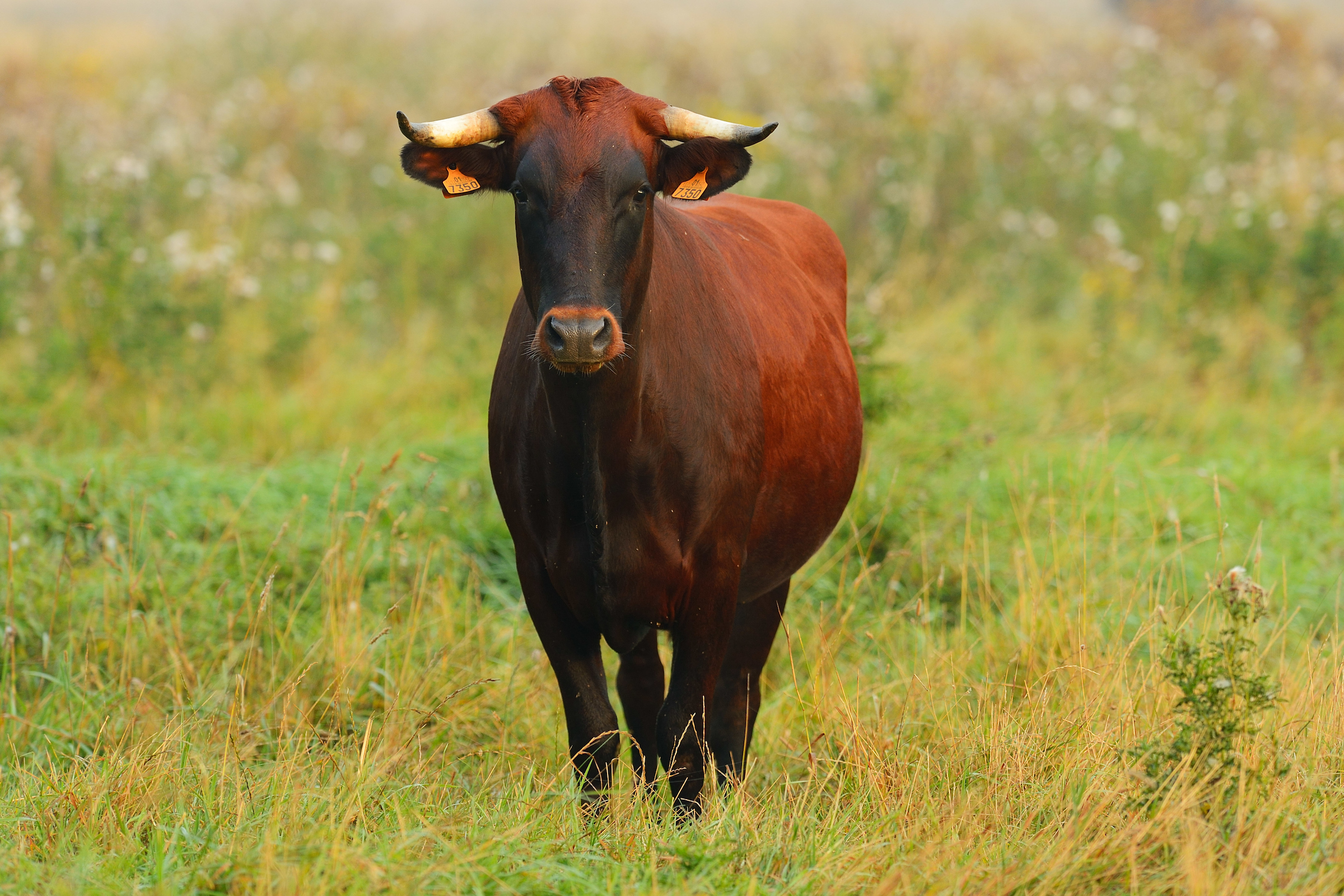 Bovines are big grazers, forming mosaic landscapes and supporting biodiversity. Native European species are extinct, so we aim to replace them with related species, adapted to the wild conditions of the region and able to perform the same ecological functions. Water buffalo and grey cattle will be reintroduced in the Ukrainian part of the delta, and Tauros in the Romanian part. 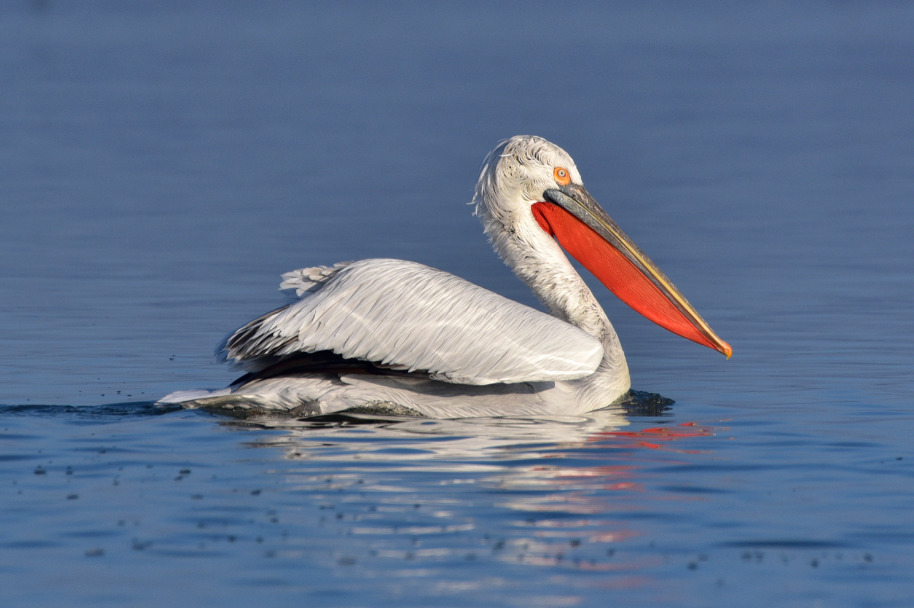 Dalmatian pelican is one of the biggest freshwater birds in the world and the ambassador of healthy wetlands. The global population of the species has suffered over recent decades from collisions with power lines, habitat decline, disturbance, direct persecution by fishermen, and more. We aim to reduce the threats to the birds and improve their habitat in the entire Danube delta. 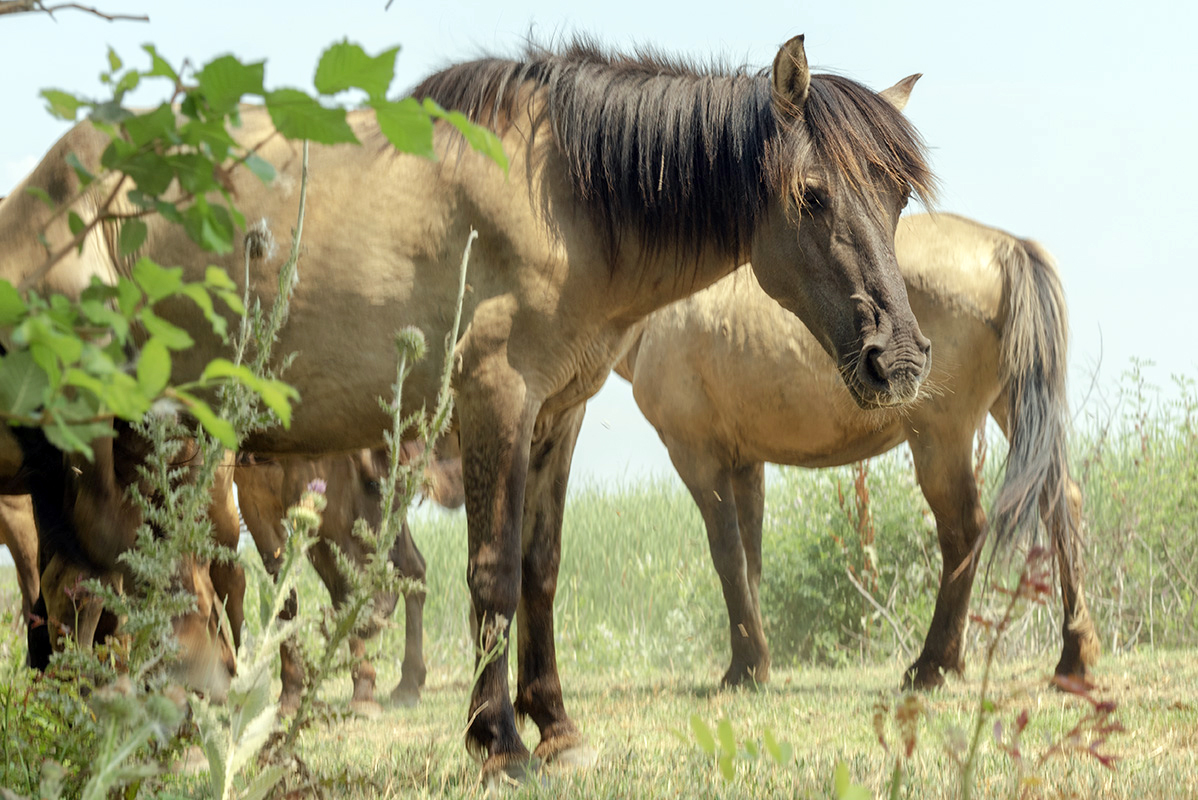 Wild or semi-wild horses are powerful grazers, adapted to severe weather conditions and able to survive in the wild unaided. They also attract tourists who visit restored natural territories. Konik horses and hutsul horses – primitive breeds closely related to the extinct European wild horse – will be reintroduced in the Ukrainian part of the Danube Delta. 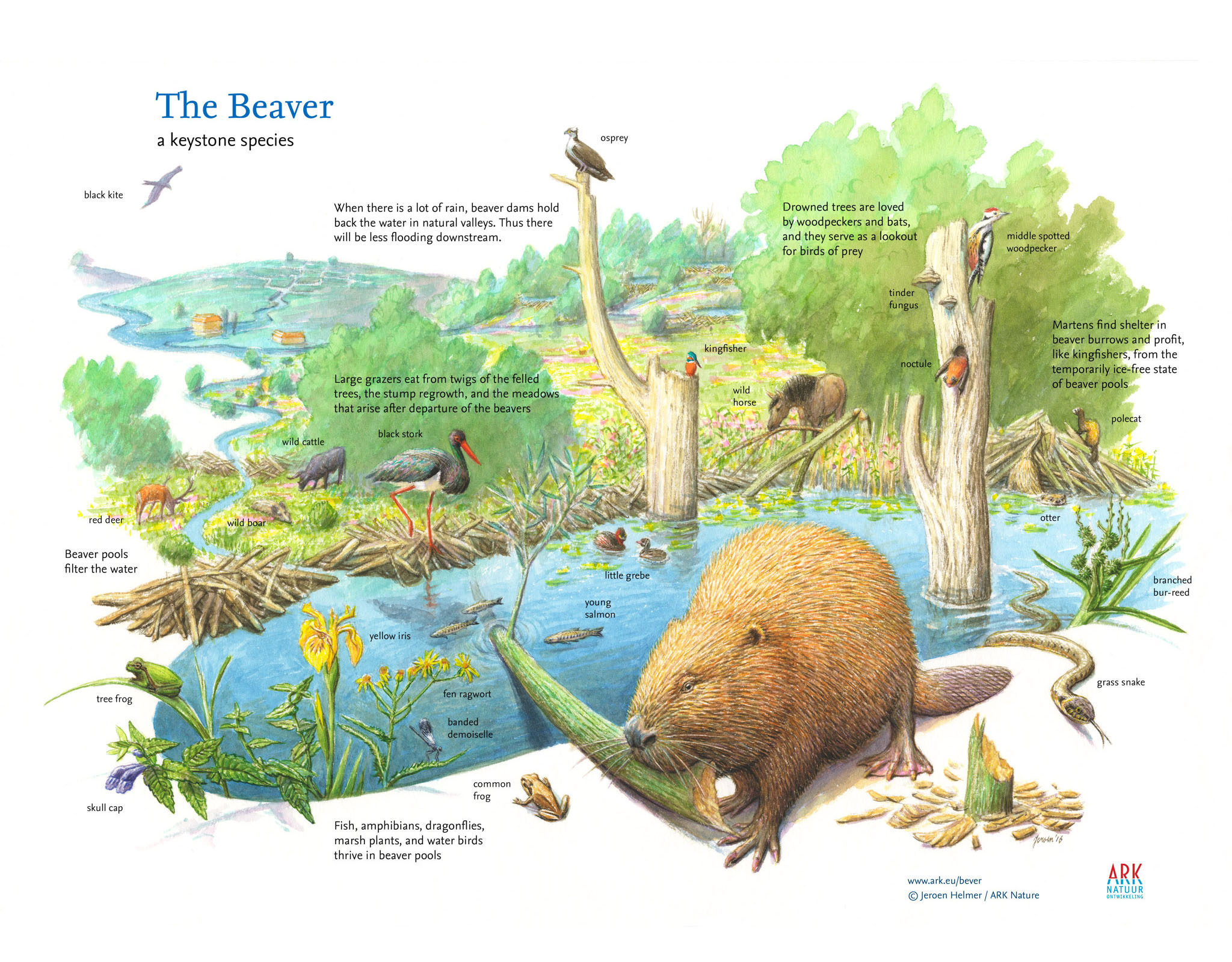 All creatures great and small

It is not only highly iconic species that are critical to the rewilding process. Species with a lower profile also play an important role in rewilding ecosystems, from large numbers of grazing breams to the beaver and else. The flora and fauna of the Danube Delta and adjacent areas contribute to complex, balanced and interdependent ecosystems. Such ecosystems support wild nature and people.

Consider what happens in nature when a beaver fells a tree. The tree falls and floods part of the river. This creates a pond, which attracts insects and fish. These attract birds, which carry seeds, which grow more trees. These help to mitigate the effects of heavy rains, which may stop the flooding of towns and villages… and so the whole, interrelated system continues. A clear example of how nature and people benefit.