Our work in the Danube Delta

What we do in this picturesque region

Our work in the Danube Delta

What we do in this picturesque region

What is rewilding and why it matters

What is rewilding and why it matters

More about the region and our working areas

More about the region and our working areas

Where the mighty Danube river meets the Black Sea, it has created a massive deltaland, Europe’s largest wetland area. It is still surprisingly wild and relatively undestroyed.

The 580,000 hectare delta is home to massive amounts of waterbirds of all kinds, most notably pelicans of two species, herons, storks, cormorants and terns. It is a favourite staging area for passage migrants and also wintering grounds for masses of migrating waterbirds from the steppes, the boreal forests and the tundras further north.

The massive productivity of the many water habitats here has led to the delta harbouring the largest number of fish species anywhere in Europe. Flagship species of which are the four species of sturgeon, which once used to wander the entire length of the Danube river all the way up into Germany. The area has unprecedented potential for wetland restoration and rewilding, in particular the former polders and lakes can be reflooded and reconnected with the Danube river dynamics.

Stories from the area

Blog: Count the pelicans despite the war 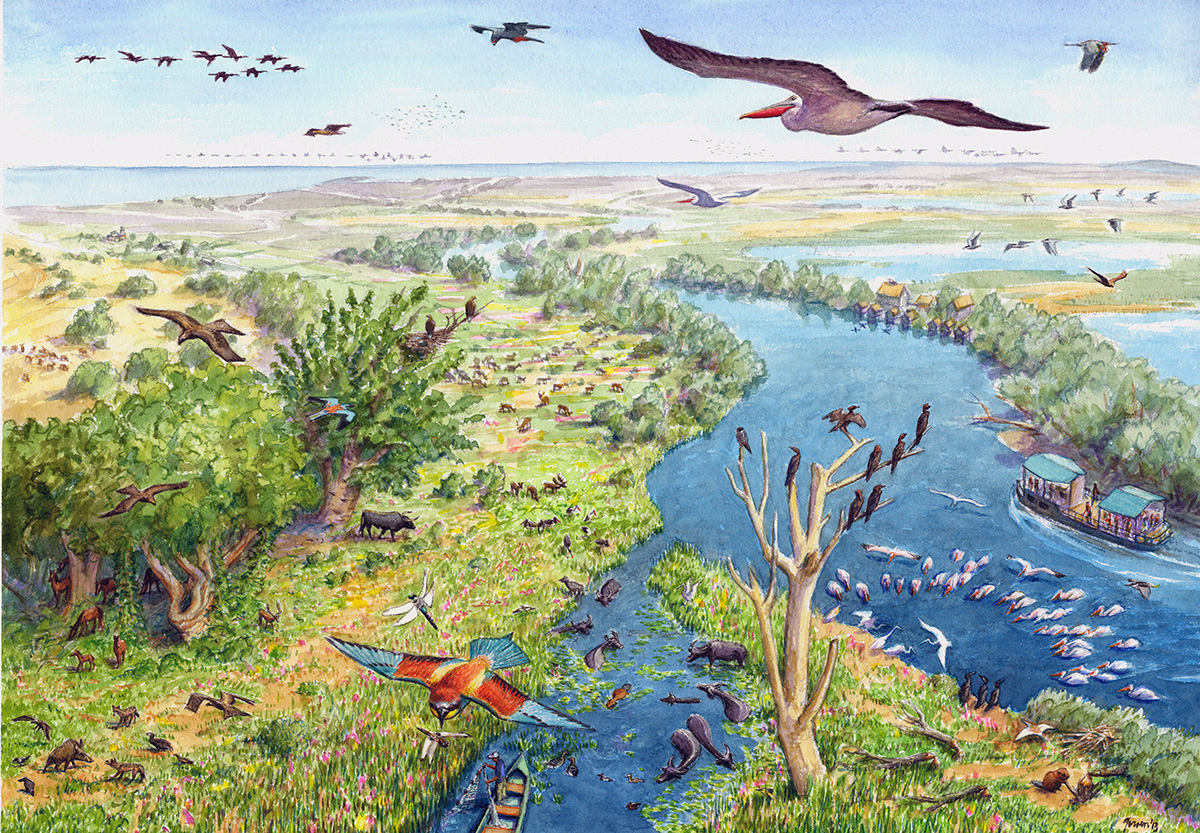 For Danube Delta rewilding area we developed an inspiring vision that shows our ambition for the next ten years. Together with our local partners we work to make this vision a reality.

Help nature and animals of Ukraine during the war

Help nature and animals of Ukraine during the war

Go to the campaign page

With financial support from