Rewilding in Action: How Natural Grazing Affects Vegetation in the Danube Delta

In March 2021, the Rewilding Ukraine team made an expedition to the Small Tataru, Small Daler, and Large Daler islands in the Danube Delta to study the impact of grazing on these areas’ ecosystem. Oleg Dyakov, an ecosystem restoration specialist, told us about this.

“We have explored all the islands and found that regular grazing regulates the spread of different plant species, reduces the risk of fire, and clears dams of weeds and excess vegetation. Herewith, animals do not destroy rare plants as the latter are mainly aquatic species, and herbivores do not eat them,” Oleg emphasized.

Scientists were particularly interested in comparing the state of the islands since natural grazing is currently carried out only on the Small Tataru Island. It is very difficult to organize it on the other two islands now due to seasonal flooding and human activities’ consequences.

Historically, the Small Tataru island was a pasture for cattle until the mid-20th century. The animals were returned here in 2003. At that time, the load on the pasture was ca 20 heads of Ukrainian grey cattle. In 2019, two bulls of Hungarian grey breed and 10 Hutsul horses were brought to the island.

“During the expedition, we found at least 5-6 calves born this year. Currently, the island is home to 20-30 head of cattle and 10 horses. It is difficult to calculate more precisely, because there are real jungles in some parts of the island. By the way, natural grazing has significantly increased the passability of the areas, and hence — their attractiveness to tourists. For example, it is almost impossible to walk on the Large Daler and Small Daler islands.”

Another advantage of natural grazing is the formation and maintenance of marshy meadows due to the destruction of shrubs. Such lowlands are a good place for nesting and hunting of rare bird species. Many species of fish and amphibians spawn here, and a favorable environment for insects emerges.

“We all know about the damage that fires do to nature. The issue is especially relevant in spring. After all, spontaneous combustion of grass kills many animals and plants. Now look at these statistics: since 1999 no fires have been recorded on the Small Tataru island!” Oleg emphasized.

Animals eat away the vegetation around the reeds, which significantly reduces the contact area between them and forest stands containing a lot of dry wood. After all, most often, the cause of forest fires is grass ignition.

“Areas without natural grazing are not so diverse in the number of plants, insects, and birds. More aggressive vegetation displaces everything else, and the area turns into impenetrable thickets. This is not very good for the ecosystem as a whole, because without natural grazing there is a decrease in biodiversity at all levels,” said Mykhailo Nesterenko, Rewilding Ukraine executive director.

We will continue monitoring the impact of animals on the vegetation of the Small Tataru island. The thing is that different species of herbivores affect the vegetation differently. For example, the extinct aurochs and their descendants — grey cattle —mostly eat grass. Thus, they create and maintain meadows. Horses, on the other hand, either continue using the meadows created by cows and contribute to meadows’ further development, or mostly affect shrubs and young trees, especially in winter, helping to open and make the landscape more passable. They can also help curb the growth of alien species, such as the Amorphous shrub, which is native to America but creates many problems along the rivers of the Danube basin.

We hope the large herbivorous species of the Tataru island will include water buffalos. They, as our experience shows, feel very well in the Danube Delta. Unlike cows and horses, they significantly affect the swampy parts of the islands, creating ponds or large puddles of open water, which is a crucial environment for large numbers of fish, birds, amphibians, and insects. 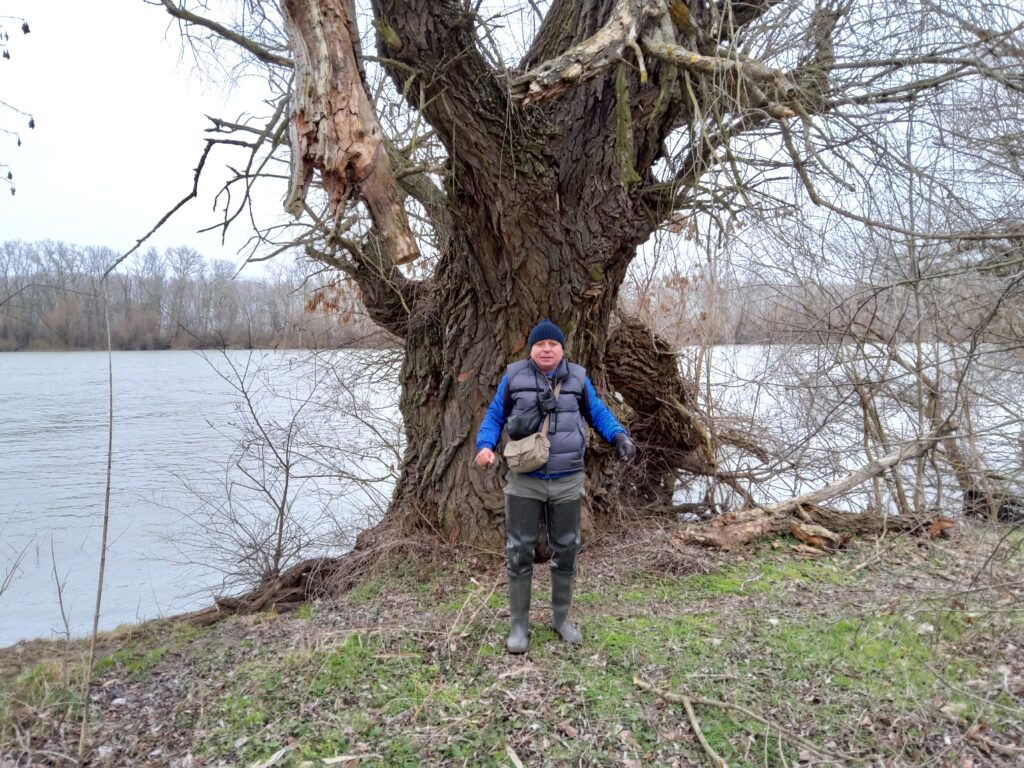 Back to news
Manage Cookie Consent
We use cookies to optimise our website and our service.
Manage options Manage third parties Manage vendors Read more about these purposes
View preferences
{title} {title} {title}