In the Ukrainian Danube Delta, the opening of a new photography hide and the ongoing restoration of forest landscape are enhancing the area’s tourism appeal.

Enabling people to earn a fair living from the wild is an integral part of rewilding. In the Ukrainian Danube Delta, the opening of the first photography hide on Ermakov Island and the ongoing restoration of oak forest on nearby Zhebriyansky Ridge promises to boost the appeal of the area to visitors and wildlife enthusiasts, helping to bring in more income for those involved in nature-based tourism.

Supported by a grant from the Endangered Landscapes Programme, these measures are part of the overall rewilding vision for the Danube Delta, which will see local communities derive increasing economic benefit from the nature on their doorstep – nature that is becoming more diverse and abundant as a wide range of rewilding actions bear fruit.

The Zhebriyansky Ridge is an extensive and ancient sand formation located in the outer part of the northern Ukrainian Danube Delta, close to the small city of Vilkovo. It is home to a rich variety of insects – more than 20 species found here are included in the Red Book of Ukraine.

Part of the Danube Biosphere Reserve, today the Zhebriyansky Ridge is comprised mainly of dunes covered with non-native pine and spruce plantations. These commercial plantations have largely replaced the indigenous forest that once existed on the ridge, which consisted mostly of oak, poplar, ash and other deciduous trees. Such forest was of higher biodiversity value and less prone to disease and wildfire.

As part of an effort to restore the Zhebriyansky Ridge to a more natural condition, the Rewilding Ukraine team transplanted 1200 oak saplings here in March, with more planting planned for later this year. 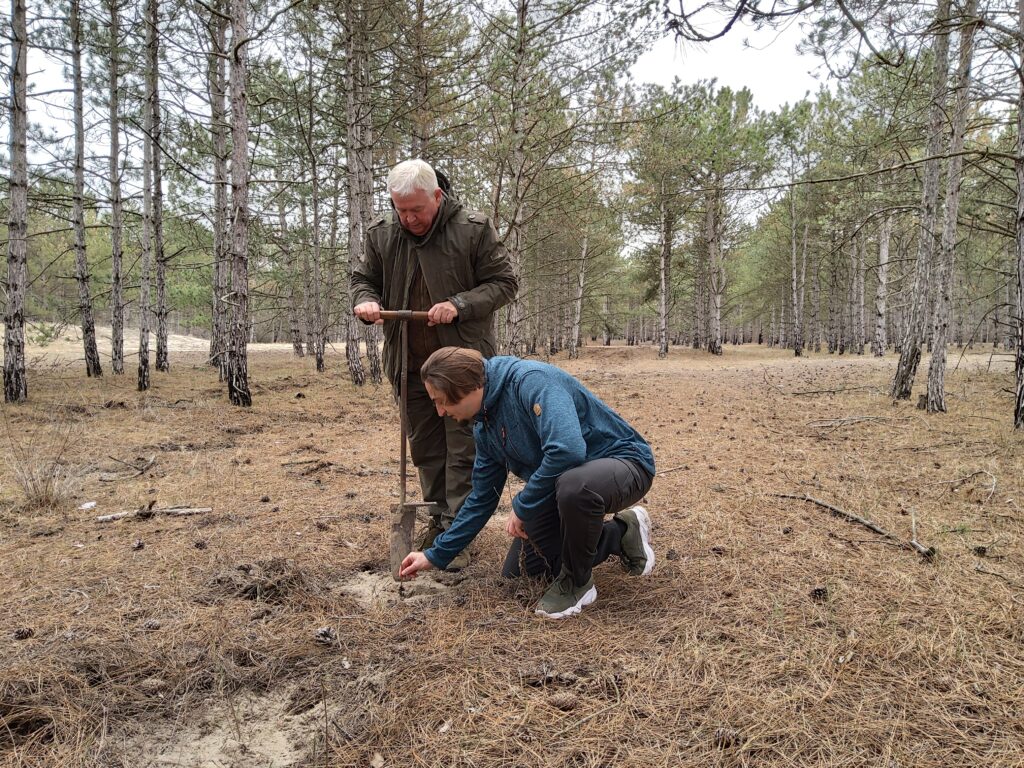 When it comes to rewilding, the planting of native tree species can be useful in the restoration of certain habitats, such as the Zhebriyansky Ridge, helping to kick-start natural processes. Yet tree planting should not be viewed as the optimum solution for fighting climate change and biodiversity loss, and many mass tree planting schemes have proven to be counterproductive in this regard. The regeneration of natural forests is a far more effective, immediate and lower cost approach for locking up and storing atmospheric carbon and protecting and enhancing biodiversity.

The efforts of the Rewilding Ukraine team in the Danube Delta are an important first step in encouraging the regeneration of natural forest, which will be allowed to develop in a natural way once established. The team also plan to release herds of fallow deer, red deer and kulan (Asiatic wild ass) on the ridge during the summer or early autumn. Without human intervention in the area, the ridge would have supported free-roaming populations of these grazing herbivores, which will enhance biodiversity through their interaction with the landscape following reintroduction. 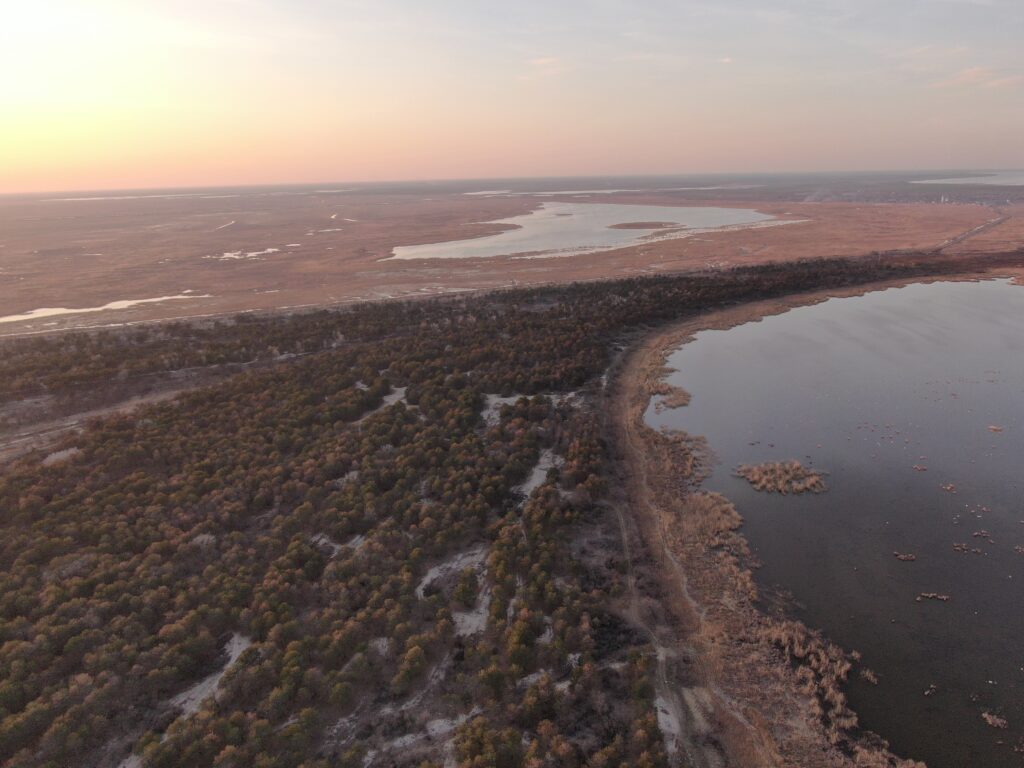 “We are giving nature a helping hand at the beginning of the rewilding process,” says Rewilding Ukraine Executive Director Mykhailo Nesterenko. “Over the longer term the combination of natural grazing and the natural development of indigenous trees will help to boost biodiversity, increase the appeal of the area for tourists, and reduce wildfire risk.”

View to a thrill

Ermakov Island, one of the largest islands in the Ukrainian Danube Delta, is also located close to Vilkovo. With significant restoration work already carried out here by WWF Ukraine, today this is one of the most biodiverse parts of the Danube Biosphere Reserve, supporting healthy populations of many wetland birds.

A fantastically sited new photographic hide, which opened in April, will give nature lovers an even better view of Ermakov Island’s spectacular wildlife. With construction overseen by the Rewilding Ukraine team, the hide will be operated through a concession agreement with a local tour operator. Nature trails and a watchtower are also scheduled for completion this year.

“This hide is located in one of the best places for wildlife watching on Ermakov Island,” says Mykhailo Nesterenko. “Apart from wetland birds such as white pelicans and great white egrets, visitors may also be lucky enough to see golden jackal, as well as the herbivore species that have recently been introduced. I encourage all wildlife enthusiasts to come to the delta to see the results of restoration efforts first-hand.”