Two batches of three young eagle owls have just been released in the Danube Delta rewilding area in Ukraine. Their reintroduction, which is part of a long-term programme to establish a viable population, will enhance local food webs.

Towards a wilder delta

Six more eagle owls have been released in the Ukrainian section of the Danube Delta rewilding area in August and September, as part of a programme to establish a viable population. The impressive birds, which were released in two batches of three, will retake their place in nature and help to enhance local food webs. Starting with the release of a single bird in 2019, and continuing with the release of three more birds in 2020, the programme has now seen a total of 10 eagle owls released – the target is to release a total of 20 birds by 2024. So far all of the birds have been sourced from Odessa Zoo. 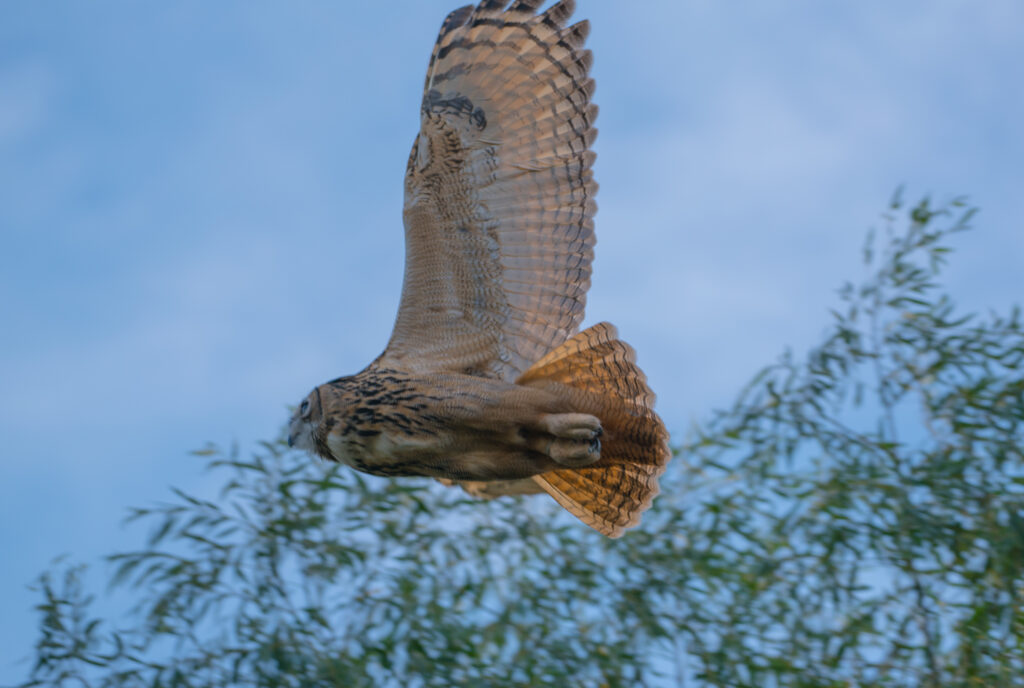 The reintroduction programme follows a positive feasibility study conducted using IUCN guidelines. Releases, which are overseen by the Rewilding Ukraine team and partners, are part of scaled up rewilding efforts in the area, which began at the start of 2019 with funding provided by the Endangered Landscapes Programme (ELP).

Some of the owls released through the programme have been fitted with GPS transmitters, which helps the rewilding team keep track of their movement.

One of the owls released last year was seen to have travelled long distances, moving outside the delta for a while, before returning to the Romanian part of the Danube Delta Biosphere Reserve. 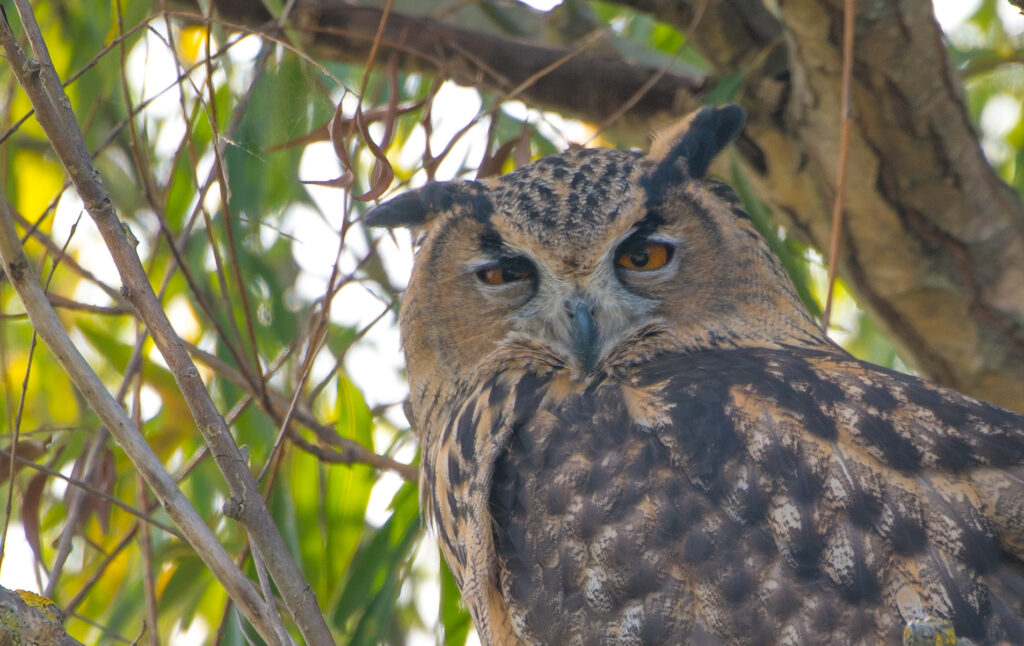 “Eagle owls are territorial, rather than migratory,” explains Rewilding Ukraine Executive Director Mykhailo Nesterenko. “This bird seems to have settled down in a former quarry by the Danube and is now hunting around the delta wetlands, which is a good sign it is fully acclimatised to the area.”

Reaching a height of 75 cm and with a wingspan of up to 180 cm, the eagle owl is one of the world’s most impressive owls, with a diet consisting mostly of rats and other small mammals, as well as birds. As the eagle owl population in the delta grows it will help to control the area’s burgeoning population of rats. This, in turn, will benefit many of the area’s breeding birds, as the rodents destroy a large number of their eggs every year.

“Eagle owls can be considered one of the top predators in the delta,” explains Mykhailo Nesterenko. “The white-tailed eagles here don’t really feed on rodents, and certainly not at night. We have already found eagle owl pellets showing the birds are feeding on rats.”

An iconic bird species, eagle owls are also a major drawcard for birdwatchers and nature lovers. As they become more common in the delta, they should help to attract more visitors, boosting the area’s nature-based economy. The tagged bird that wandered across to the Romanian side of the delta has already been photographed by Romanian birdwatchers. 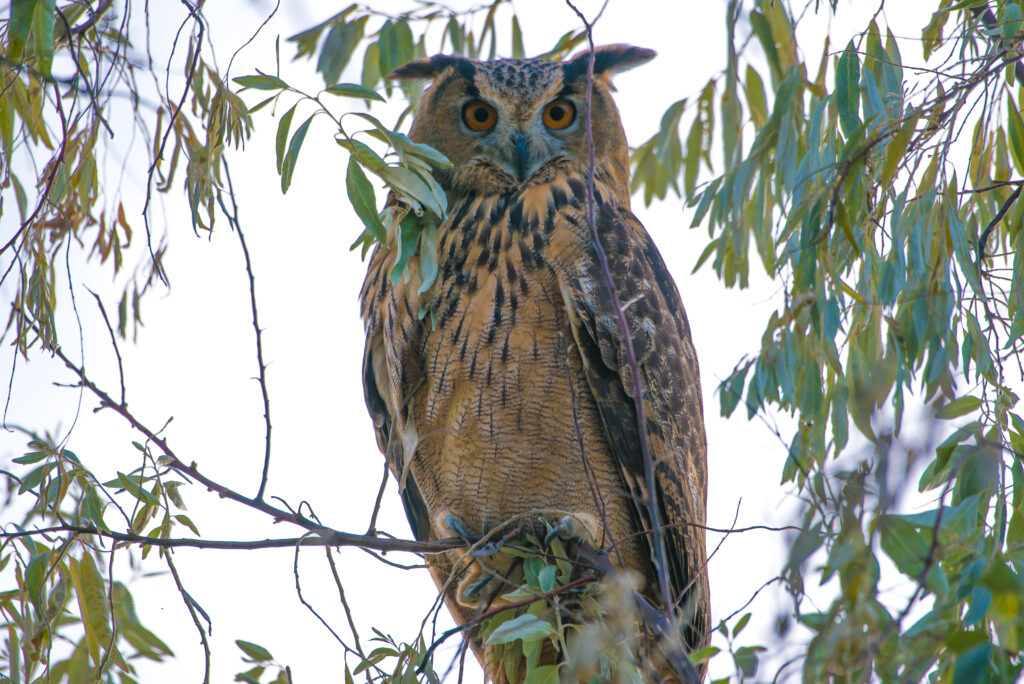 Boosting the resilience and functionality of wild nature through wildlife comeback is a core element of Rewilding Europe’s work. Eagle owls were once found right across Ukraine, but the country’s last breeding populations are now restricted to the Polyissa region in the north and Donbass region in the east. Before the reintroduction programme began it was rarely seen in the Danube Delta.

The decline of the eagle owl in Ukraine is mostly attributable to a deliberate eradication campaign (which ended in 1969), abuse of pesticides in the 20th century, disturbance of female birds at early stages of incubation, and collisions with power lines. While the bird is now making a natural comeback in many parts of Europe, hunting pressure in Romania, Ukraine and Moldova means an unaided recovery in the Danube Delta is unlikely. The newly released birds are safer within the confines of the Danube Delta area, where hunting is prohibited.

“Eagle owls start to breed in their second or third year,” says Mykhailo Nesterenko. “The reintroduced owls in the delta should begin breeding this year or next, representing the next stage in the comeback of this important and beautiful bird.” 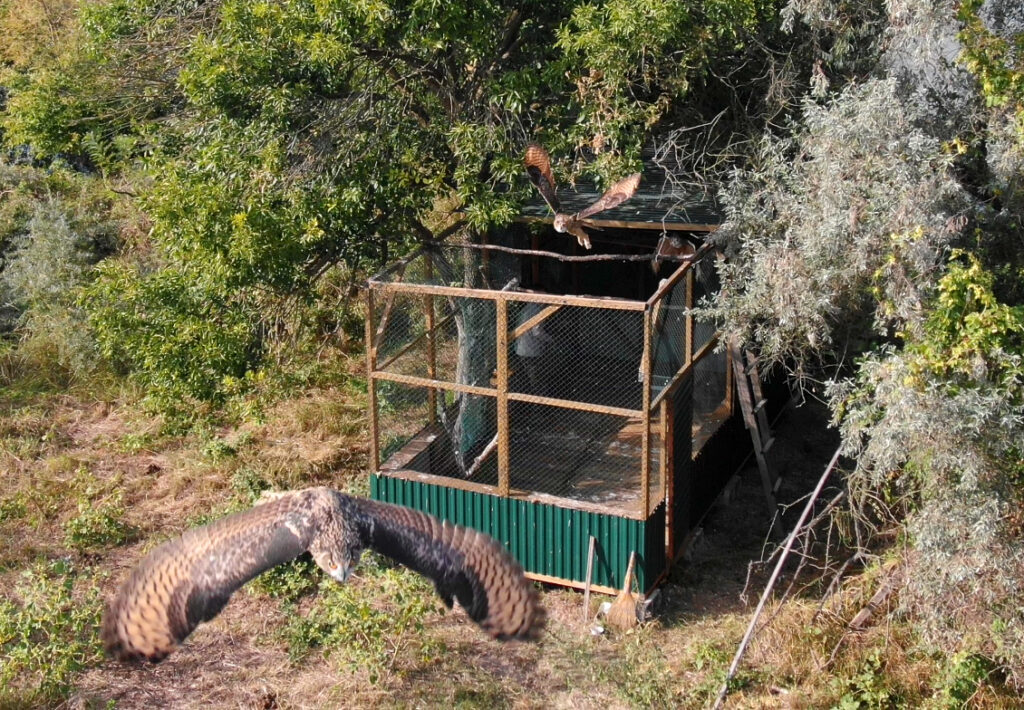 Back to news
Manage Cookie Consent
We use cookies to optimise our website and our service.
Manage options Manage services Manage vendors Read more about these purposes
View preferences
{title} {title} {title}